Skip to content
When a 5-year-old Daniel Muller was asked by his teacher, in front of his parents, “Who do you love more? your Mama or Papa?”, without any Economic, Logic or Decision making training, the savvy kid prompted: “Grandpa Lenin” (in the time of USSR, the people called Lenin ‘Grandpa’). This was, of course, a tricky and very non-pedagogic question. However, in making a decision/choice (as well as in diplomacy), it was a very rational decision/choice. Currently, the world we live in is with plenty of tricky, impactful, and hard-to-make decisions to be taken. Sometimes the available options are ample, at other times they are apparently binary (as in the short story above), either way, they often confront us with dilemmas, paradoxes, and even denial of values. Perhaps this book could be helpful on the understanding of these dogmatic traps around. Although this book can be accused of having some formulas, it does that to address daily decision rationales for the sake of computational simulations, in case the readers plan to code. For example, through the solution to the famous Saint Petersburg Paradox that underlies the theory of utility, one can analyze problems in the economic valuation of a ‘chance’ as well as the rationale and expectations of investments and gambling decisions. So, one can even analyze apparently irrational decisions (for some) such as the multibillionaire Warren Buﬀett’s preference to drive an old car or why the widely known green-Berliners are not so happy with the construction of a massive electric car factory by the mogul Elon Musk. In these and in many other cases, rationality not only is limited but multi-perspective, contextual, and perhaps impossible to directly materialize. In a consubstantiated argumentation, one could see this book as a tool for revealing some of the limits of human and artificial rationality. Somehow, the authors carry on what Turing has initiated 70 years ago (when he queried whether Computers could think). Mutatis mutandis, the argument builds upon that, and now the central topic becomes Computer Intelligence and Rationality per se. In special, (i) the seminal connection with the topics posed by Kahneman and Tversky in 1979 – Prospect Rationality, and (ii) Herbert Simon in 1982 – Bounded Rationality are deemed to be of high significance because of the centrality of Computers and Artificial Intelligence for modern society (with its plenty decision makings). Finally, as food for thoughts, four conclusions are offered to reflections: (i) like humans, machines are not completely rational (and possibly will never be); (ii) technological developments make new machines ever more rational; (iii) machines can often be more rational than humans; and, (iv) strong AI is likely to be unattainable. The authors truly wish that this book could be handy to overcoming preventable entrapments on the pair AI and rationality, which are likely some the readers may be confronted with. 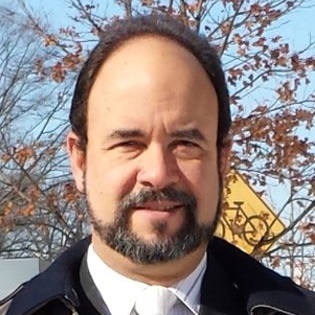