Skip to content
If you are reading this, you must be interested in rationality, artificial intelligence (AI), economics, or several of these topics. You have probably also opened the book, and have noticed that it contains formulas. Don’t let this put you off. There are plenty of popular books on either rationality, AI, or economics. They will give you the story, and increase your interest. After reading these books, you will be able to join in the conversation at a cocktail party, or a Zoom hangout. You will probably end up buying another popular book from the same bestselling author. However, if you want to benefit from your knowledge of rationality, AI or economics, you have to work through the maths. You need this book.

Even if you master the content of this book, you haven’t arrived yet. You will need access to software, and access to a market place or an environment where you can exercise your decision-making skills. This can be done from home, but I hope you find a tech company to work for, or start one yourself. You will also need a diversity of colleagues. A software engineer, an economist, a salesperson, a networker, a fundraiser. You need a communications person who can explain why you’re so good at decision making. You need a cleaner. You need a diverse group of colleagues, male and female, from several continents. Finally, you need somebody who has read this book. I hope this is you.

Rationality has a long history. Plato elevated rationality to a sophisticated abstract level. However, before Plato there have been thousands of hunters who rationally forecast where their prey would show up, and later thousands of farmers who rationally selected grains with a high yield to sow next year. With the decline of the ancient Greek empire, rationality had a bad time, but it survived. Some religions valued the law, and needed rationality to make this work. Later, rationality had a comeback in the Age of Enlightenment. Greek philosophers were rediscovered, and the scientific method was developed. An industrial revolution happened, and from then on there was no way back for rational economic decision making. Our modern world is still developing along the lines of decision making initiated three hundred years ago. China’s rapid development, for example, would be unthinkable without rational resource allocation.

AI is a baby compared to rationality and economics. Barely 75 years old. It’s still having growth spurts. It can’t make up its mind whether it’s about imitating our brains, or about clever algorithms that can function without human embodiment. AI is a boom-and-bust world. We are experiencing an AI boom for the moment, but how long will it last? Face recognition and social network algorithms are being rejected. Self-driving car development is set back after every crash. Governments want to regulate AI, and risk throttling it. I have been working in AI for 34 years, and have seen difficult years as well as the current boom. I firmly believe that the enduring value of AI is in practical and easily understood algorithms. That are the sort of algorithms described in this book. When all the hype about AI will have gone once more, books such as this will still be read and used. They will still be understood because they use the universal language of mathematics. So take some time to work through the formulas in this book, and apply, or pass on, your knowledge. You are acquiring a skill that lasts.

Economics has always relied on rationality. The earliest writing was book-keeping. Ancient Mesopotamians were not just writing 5500 years ago, they were also following rules of accounting and securing their income. Unfortunately, the book-keeping was not just of goods, but also of slaves. So right from the beginning of record keeping we see how economics and rationality can co-exist with the worst deviations of human behavior. Rational economic decision making, assignment of value and utility maximization are not without risk. We need to understand the limitations. Let me explain how this book does this.

An important part of this book is about bounded rationality. This was proposed by Nobel Prize winner Herbert Simon. He realized that there is not just one type of rationality, and that our knowledge is not perfect. He did this work in the 1950s, and it is far from finished. Kahneman and Tversky have brought new ideas, but a lot more is needed to safeguard rationality, AI and economics, and ensure that they benefit humankind and do no harm. So, when you read this book, don’t skip Chapter 2 on decision making and rationality. Every book on economics or AI should have a chapter like that.

Books, even books with formulas, are written by people! I am fortunate to know the three authors of this book, and have got to know them, not as a group, but as three fascinating individuals. They come from three different continents, and represent the diversity we so desperately need in economics and AI. None of them is a career economist or a career AI researcher, but they have an incredibly rich, diverse and complementary background. They give us a new angle on rationality, AI and economics. This book is methodologically very strong. It’s useful. It is lasting. Let’s read it together. 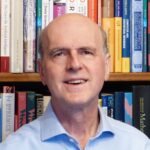